Back in May, I had the privilege of attending part of a poetry conference at Yale University, hosted by their Institute of Sacred Music (ISM) & Divinity School (YDS). I also successfully stealth-camped in the Yale parking lot, but that’s another story. (Note to self: In future, try to look up Couchsurfing hosts farther ahead than last minute.)

It was excellent. (The conference – not so much the car-camping part. That was pretty nerve-wracking & sleepless. And cold.) I wish I could’ve stayed for all of the conference, but I’m grateful for what I was able to attend. I also regret missing Chistian Wiman speak (though I geeked out on an internally-contained, very minor scale when I sat a couple of rows away from him in the chapel & saw him in the dining area). But if I had gone to only the first workshop, that alone would’ve been worth it.

It was a class taught by multimedia artist, Kenyon Adams, called “Poetry Our Loud: Techniques for Reading Poetry in Community.”  (The other excellent workshop I attended was “Poetry in Public Spaces: Using Poetry to Build New Communities,” led by Kayla Beth Moore – both she and Kenyon Adams are alumni of YDS and now work at Grace Farms in New Canaan, CT—which I definitely want to visit at some point!)

Several things Kenyon Adams said in that workshop struck and have stuck with me over the past few months. Three of them in particular keep recurring to me:

Back to the books: I’ve since read Citizen, and it’s excellent. (A bit longer, Stamped is still on my to-read list.) I would highly recommend it. Technically-speaking, one of the neat things about this book is its unique style, juxtaposing images with Rankine’s writing. Citizen requires more work than I always encounter in a piece of poetic art, and I appreciated the process of putting in a bit more effort than usual to engage with this work.

What brought Citizen to mind again today was part of a podcast I was listening to, an On Being interview of Eula Biss: “Let’s Talk About Whiteness.” In the interview, On Being host Krista Tippett references something else Claudia Rankine, the author of Citizen, wrote:

MS. TIPPETT: You [Eula Biss] cite this essay by Claudia Rankine that she wrote in The New York Times Magazine after the Charleston — the massacre in the church in Charleston. She wrote, “I asked another friend what it’s like being the mother of a black son. ‘The condition of black life is mourning,’ she said bluntly —” mourning, M-O-U-R-N-I-N-G — “For her, mourning lived in real time inside her and her son’s reality. At any moment, she might lose her reason for living. Though the white liberal imagination likes to feel temporarily bad about black suffering, there really is no mode of empathy that can replicate the daily strain of knowing that as a black person you can be killed for simply being black: no hands in your pockets, no playing music, no sudden movements, no driving your car, no walking at night, no walking in the day, no turning onto this street, no entering this building, no standing your ground, no standing here, no standing there, no talking back, no playing with toy guns, no living while black.”

Lots of questions all-round. 111 years before the publication of Claudia Rankine’s Citizen, another poet wrote the following to a young aspiring artist in 1903:

…I want to beg you, as much as I can…to be patient toward all that is unsolved in your heart and to try to love the questions themselves like locked rooms and like books that are written in a very foreign tongue. Do not now seek the answers, which cannot be given you because you would not be able to live them. And the point is, to live everything. Live the questions now. Perhaps you will then gradually, without noticing it, live along some distant day into the answer.

Of course, Rilke wasn’t writing to that young poet about race, as far as I know. At least not directly – his words could be considered a catch-all for any questions that might come up in one’s life. Still, these words of Rilke’s are ones I think of quite often for myself, and these days, often in relation to both art & race.

Some of the questions I’ve been holding —trying to live—lately:

I do think I have some answers to these questions, actually. Or “responses,” or beginnings of answers at least. They’re also questions that I thought about a lot during this summer, during the Multifaith Social Justice program in which I was participating at Stony Point Center (SPC). (I also surprised myself, btw, with how much I referenced poetry in conversations with other Summer Institute participants! It was revealing & helpfully insightful for me…)

And one of the answers that I keep coming back to is that it’s super, SUPER important for white people—white Americans—to actively educate themselves on race. So that’s another thing I’m continuing to pursue this fall—my own self-education re: race relations & history in this country. It’ll be part of my work.

To that end (and in case you’re interested in them for yourself or to share with others), here are some of the resources I’ve been/will be drawing on: 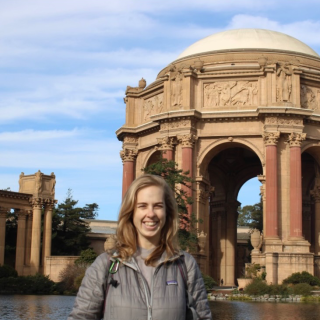 Originally from Northern New York (practically Canada), R.K. (practically a writer) now makes her home in San Francisco. She loves the ocean & strong winds of epic proportions, and is still figuring out how to make money doing something she actively enjoys more than merely tolerates.